Noel Corngold, professor of applied physics, emeritus, passed away on January 23. He was 93 years old.

Corngold was born in New York City in 1929. He received a bachelor's degree from Columbia College in 1949, and earned a master's degree and a doctorate from Harvard University in 1950 and 1954, respectively.

He performed his thesis experiments at Brookhaven National Laboratory in New York, then stayed on as a theorist focused on reactor physics for 12 years before being recruited to join Caltech's faculty in 1966 to help start a program in nuclear energy. Early in his career, Corngold's research focused on mathematical problems in the field of nuclear reactor physics. His efforts at Brookhaven were recognized by the American Nuclear Society's Reactor Physics Division in 1966 when he was named a fellow and was awarded a certificate of merit for his "physical insight into neutronic problems."

"He was an eminent scientist even before he came to Caltech. If you look at nuclear physics books published during that era, you'll always find his name. He was a really well-known, leading man of the profession," says George Apostolakis (MS '70, PhD '73), one of Corngold's former graduate students. Apostolakis is now a professor of nuclear science and engineering and professor of engineering systems, emeritus, at MIT, and director of the Nuclear Risk Research Center in Japan.

As a researcher, Corngold was a bit of an oddity: a theorist with a strong background in experimental work.

"From the 1930s on, people interested in physics tended to be in one camp or the other," says Robert Conn (MS '65, PhD '68), former president and chief executive officer of the Kavli Foundation, who, with Jim Duderstadt (president emeritus of the University of Michigan, MS '65, PhD '68), was one of Corngold's first two graduate students. "For example, if you grew up working on cars in those days, that was an indication that you could work with your hands and would be a good experimentalist. If you had a passion for math, maybe you'd go into theory. Noel was very strong in mathematics, and he could do leading-edge theoretical work, but the fact that he had done experimental work at Brookhaven gave him this incredible intuition."

From the 1950s through the early '70s, nuclear energy was a hot field for research, with plenty of federal funding available to explore how to harness the newly realized potential of nuclear power and—more importantly for Corngold—many big unanswered questions for engineers and scientists to explore.

"In the '50s and '60s, we thought nuclear power was the future of energy for the world," Conn says. "We were very environmentally conscious, and we saw you could make power with relatively little waste. Those were heady times. We were going to the moon; we were going to develop new energy sources; we were going to translate processes involved in nuclear weapons into peaceful tools. People were idealists who were going into the business. I know 60 years later, that's hard to believe."

After conducting experiments that sent pulses of neutrons through blocks of materials and then documenting how the neutron beam spread out and decayed and eventually leaked out of the material, Corngold published a benchmark theorem about the neutrons' behavior that helped engineers who were designing nuclear reactors to determine what materials would serve best as fuel-rod casings (the protective cylinders in which nuclear fuel rods are kept).

"He was looking toward the future," Conn says. "We were trying to solve the energy problem and the air pollution problem. Today that's climate change, back then, it was smog," he says, noting that as a graduate student at Caltech in the '60s, he could see the mountains above Altadena for only a month or two per year.

Despite the renown he received for his theoretical work on how neutrons behave in reactors, Corngold's interest shifted toward applied physics during the 1970s, when he began to work in the area of plasma physics. In 1974, he joined the newly created applied physics option. As a professor of applied physics, he extended his research to include radiation transport, plasma physics, and the statistical mechanics of fluids.

The move was prescient; Caltech shuttered its nuclear physics program shortly thereafter, and public opinion in the United States turned against nuclear power in the late '70s, particularly in the aftermath of the Three Mile Island nuclear power plant accident in 1979.

However, colleagues recall that his move was largely prompted by intellectual curiosity: he was interested in the burgeoning field of fusion-energy research (fusion, the process of combining of light elements, is what powers the sun) and its potential benefits over the generation of energy through nuclear fission (the division of heavy elements and the process that powers nuclear reactors).

"When you got into the '70s, plasma physics and fusion-energy [research] felt a lot like nuclear power had felt in the 1940s. There were still lots of problems to solve," Conn says.

"He was somebody who would pick up oddball problems that other people weren't thinking about and would find something interesting about them and would work through them," says Paul Bellan, Caltech professor of applied physics. "I remember he got interested in turbulence and started analyzing it. To me, it was a bunch of randomness; I couldn't see what he was interested in. But he and his graduate students came up with what was, at the time, an exotic scheme for teasing out the fractal dimension [i.e.: the ratio describing how complexity increases with changes in scale at which something is measured] of plasma. It's standard stuff now, but at the time, I'd never even heard of it."

Corngold's colleagues say that he published sparingly but that each of his publications had tremendous impact on the field. "He had exquisite taste in his choice of problem. He'd work a long time on one problem. Other people might publish 20 papers in the time he did one, but they wouldn't amount to anywhere near the impact of his one," Conn says.

Corngold's work in the field earned him the American Nuclear Society's Eugene P. Wigner Reactor Physics Award in 2002. He earned the society's Arthur Holly Compton Award in Education in 2006.

His former students remember a dedicated mentor who did not take on many graduate students but worked hard to cultivate each and every one of them.

Apostolakis recalls meeting his future advisor for the first time at a student orientation in 1969. Corngold, with a pipe clenched in his teeth, was a larger-than-life figure to Apostolakis. "He was very well known from his work at Brookhaven. Everyone in the field either knew him or knew of him," he says. But still, Corngold remained affable and approachable. "He was very down to earth, very friendly, and it felt like we could talk about anything. He was really a great man."

Conn credits Corngold with guiding his future career path. He recalls reaching out to Corngold after receiving an offer for a position as visiting associate professor at the University of Wisconsin-Madison shortly after graduating. The chair of the department to which he was being recruited asked if Conn would be interested in working on problems associated with fusion energy. At the time, Conn was working on neutron transport and had no desire to change tracks. But he called up Corngold for advice.

"Noel said to me, 'So, Bob, whenever you take a new job, listen to the people. See what sorts of problems they might have. You have plenty of time to do the problems you want to do. See if you can help them. Be a good colleague, and they'll give you asymptotic freedom," Conn says. As a result, Conn wound up changing fields and eventually conducted groundbreaking research in plasma physics. "It made my career," Conn says. "Any reputation I might have is because I made that shift and because I listened to Noel."

Corngold acted as the unofficial administrative head of Caltech's applied physics option for 15 years and served several terms as a member of the Institute's Faculty Board, Steering Committee, and Nominating Committee. He also served on the governing boards of the Athenaeum and the Baxter Art Gallery; and on the Admissions Committee. He became an emeritus professor in 2002.

After retiring, Corngold remained active as a performer and donor for the Caltech Playreaders, and sat on the Athenaeum wine committee for many years. He is survived by his wife, Emily, and his children, Cara and Jordan. 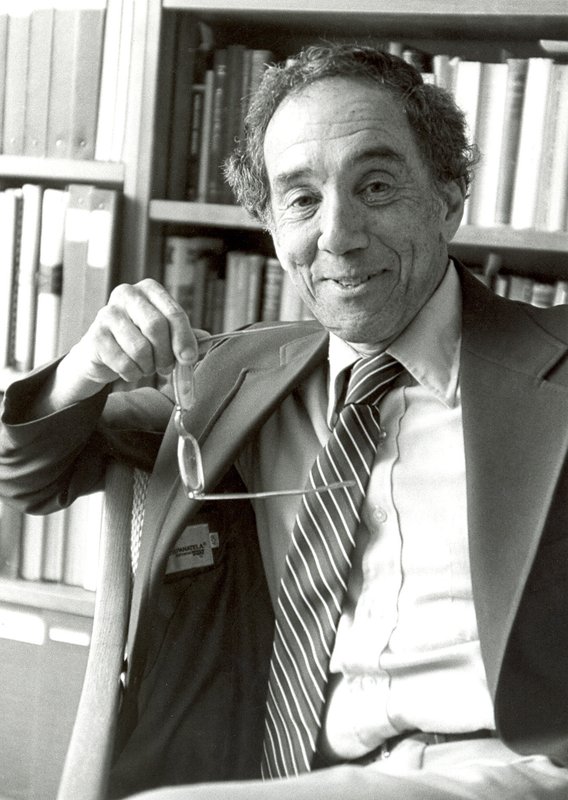